For the very first time I had this fantastic experience as a German exchange student in South America. When only within one year a foreign culture almost became my own culture, the Rotarian „exchange” fever had taken me away. Since then I have stayed with Rotary. I joined Rotex, the active part of the Rotary Youth Exchange program, then I became a member of Rotaract, the young Rotarians, in varies European places. 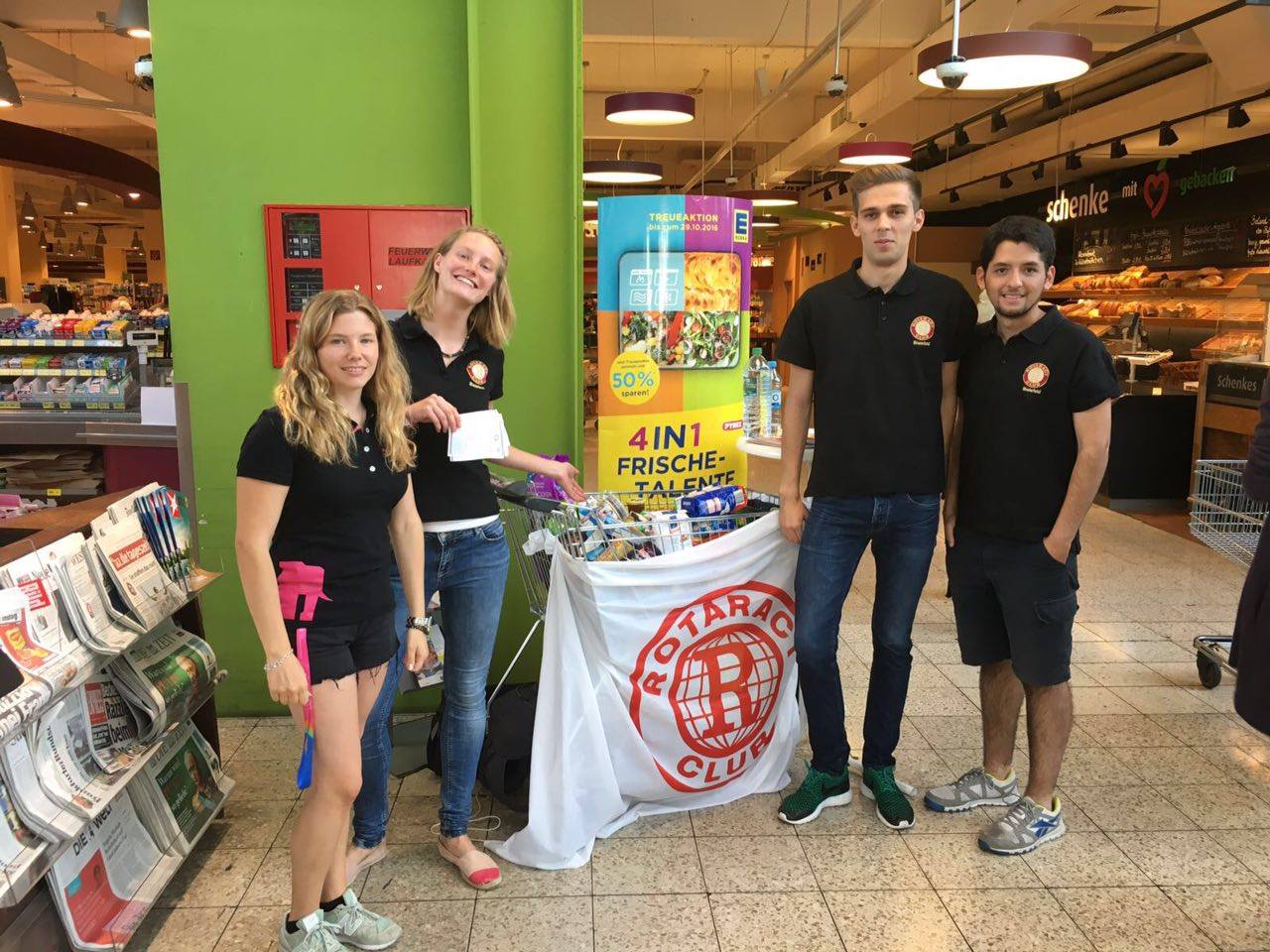 In June 2019, the city of Hamburg topped it all: At the Rotary International Convention, many thousand members of the Rotarian family came together to exchange about their projects. I met Esther Gellings, who is a member of the Rotary E-Club West of England. Because of our same life story, we got along quite well. She and other inspiring people told me about the model of Rotary E-Clubs. In the following I’ll talk about my first experiences at an E-Club meeting. 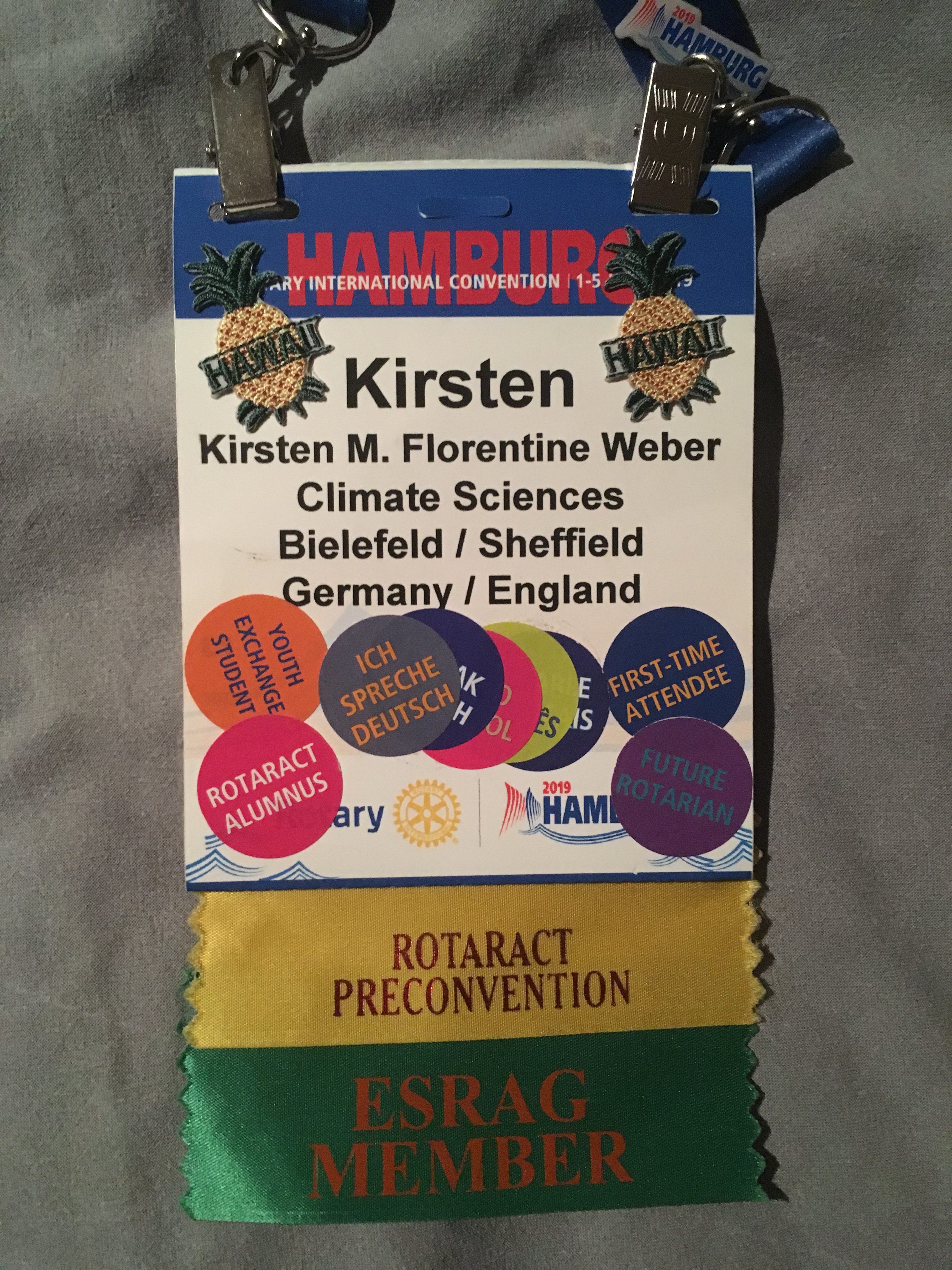 Jasper, the president of Rotary E-Club West of England, invited me to take over the active discourse as a speaker in my first online meeting with his E-Club. Accepting the invitation I was totally looking forward to the evening, which was supposed to start at 7pm GMT. A pretty precise time for a meeting, do not you think?! Well, this is exactly what is needed to gather people from different patches of Earth and from different time zones online at the same time. So far the theory..

I entered the ‚Zoom‘ chatroom half an hour late, so the praxis, and was, nevertheless, cordially received by all participants. What a relief! Everybody’s webcam thumbnail, nameplate, and audio were visible and hearable within the room on my screen. A short round of introductions helped me to put me at ease. Soon it was my turn: “Hello, my name is Kirsten Weber. I’m a climate scientist and explain you why the atmosphere is becoming drier.“

I shared my screen with the others and started to talk about the decline of atmospheric relative humidity, in other words a negative trend in the interaction of air temperature and moisture content. I clarified that not only infamous global warming contributed to observed droughts, but also various atmospheric phenomenons, so called ‚modes of variability‘, pushing air masses from, to depict it, Esther’s residence Barcelona in Spain to Sheffield in Europe where I live, are having a massive impact on our climate, thus on our well-being. 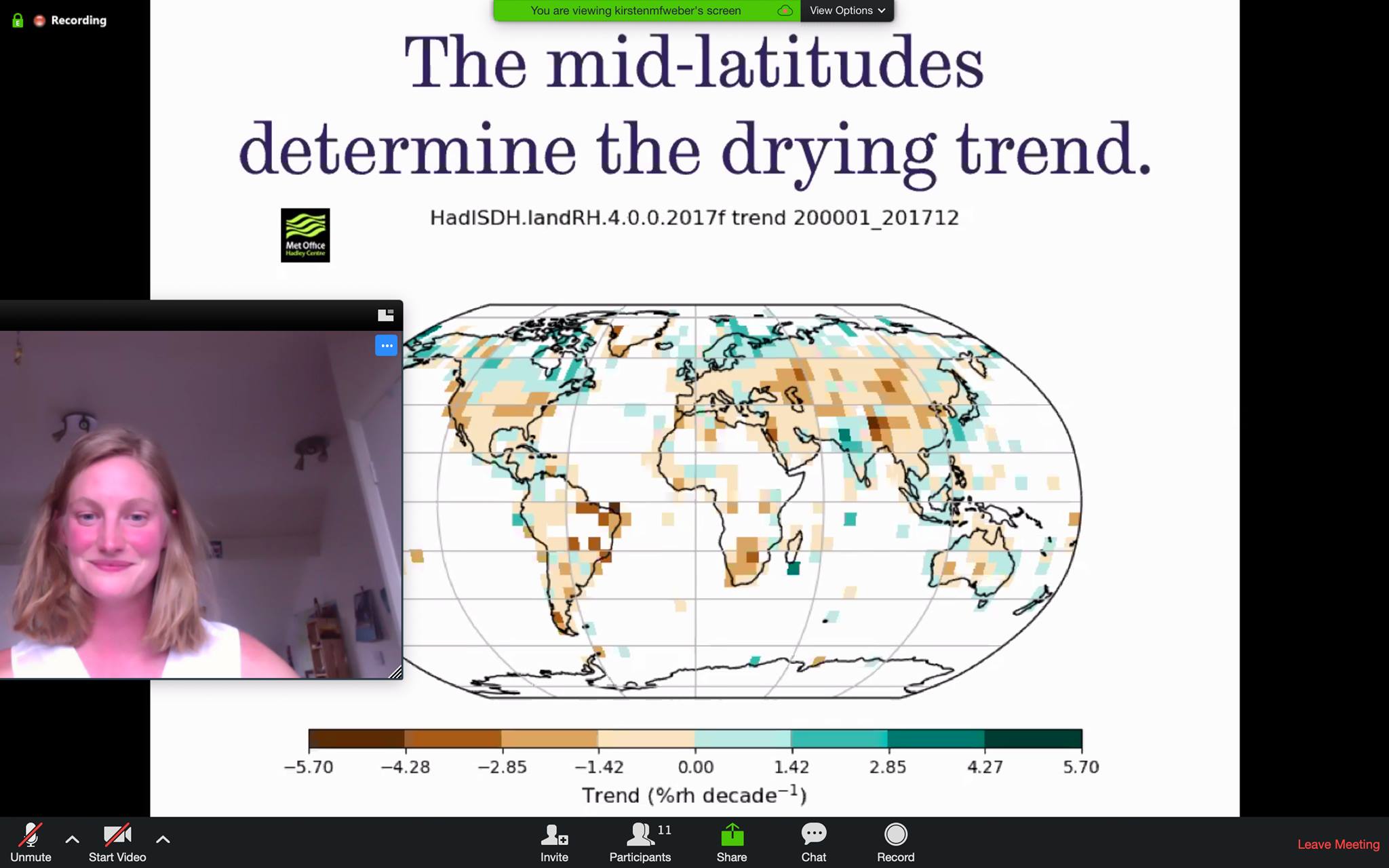 To my surprise, this talk, although taking place online, went through very interactively: Whenever somebody from the audience had a question, he announced this instantly by raising his hand which I could see on his webcam image. And we then just had a quick chat. This is how a relaxed atmosphere even resembling a conversation could simply be created online.
Climate is a very complex issue, and it is of great importance for every Earthling to understand, thus to work with it. Therefore, I was very pleased that the participants asked as soon as something was not very clear. Puzzled with it during my talk, we found out together, which physical factors impacted humidity the most.

The talk was followed by opinions on political integration of climate change, as well as Rotary’s opinion and attitude towards our environment. We agreed that hands-on actions for climate are a good start, but also education is indispensable. Only if we do really understand a subject then we can feel part of it, which again enables us to be actively involved in it. I would like to point out the Environmental Sustainability Rotarian Action Group (ESRAG). This action group incorporates the themes of environment and climate into the Rotary principles and encourages the Rotarian family to take action. 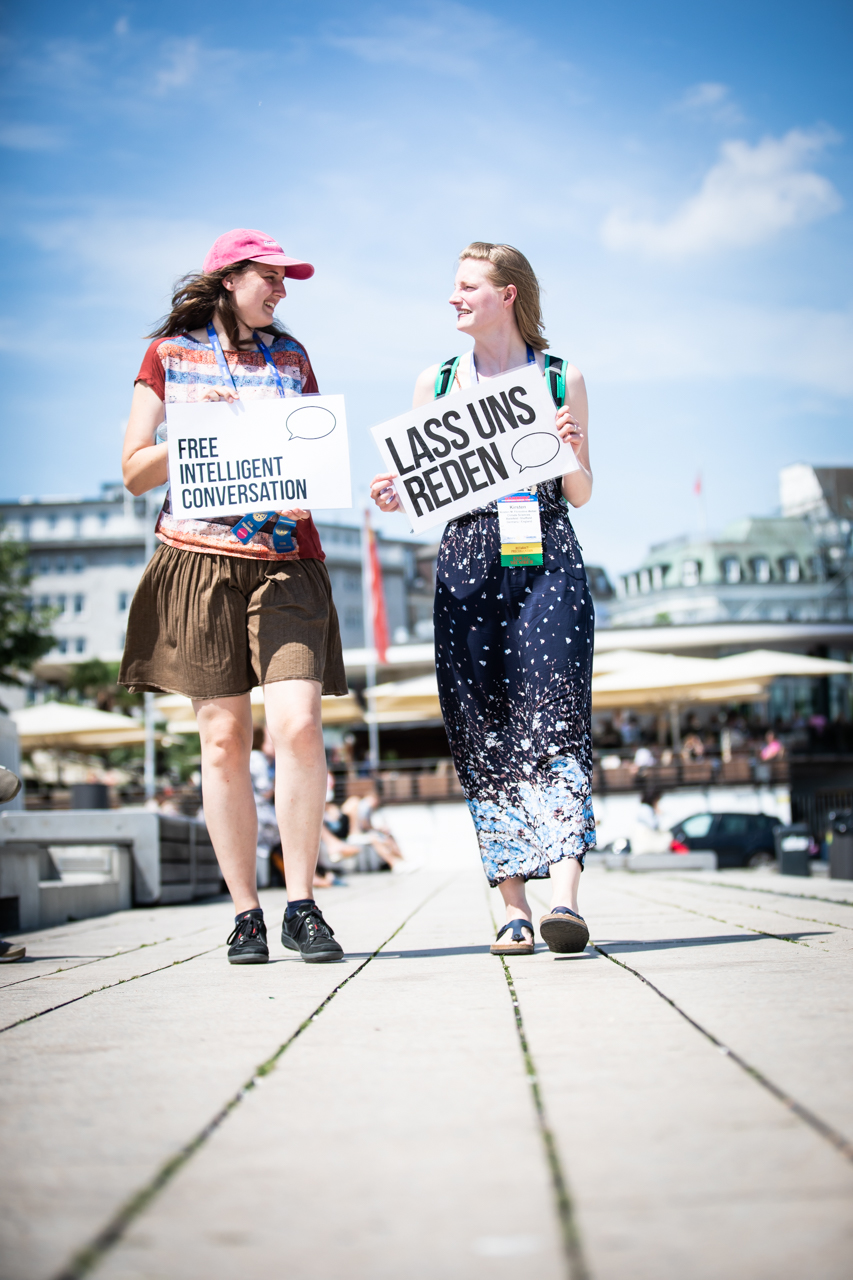 Incidentally, actions are planned online in an E-Club, and carried out locally, offline, may that be with other Rotarians nearby or the community. That is what Jasper told me after my talk, answering any questions I had about the E-Club. The crew said „See you next time“ to me, and „See you in Hannover” to the other club members. Two offline meetings take place each year, the most recent one in Hanover in Germany. To meet offline once in a while is important as well, of course.

I am pleasantly surprised by the simplicity and effectiveness of an online E-Club meeting. With everyone taking actively part in the meeting making use of their webcam and microphone, I almost felt as us sitting together around a table and chatting. This is definitely the modern way to connect the world!

Mark Ward is Head of Quality Assurance & Risk Management of The Trussell Trust.  Here is provides some insight to activites...

On the 18th April members of Rotary eClub West of England joined Rotary E-Club 9920 Francophone of District 9920 in order...

My first experience at the Rotary e-Club West of England

I always wondered how a Rotary club could be virtual and make it work over the internet, so I decided...