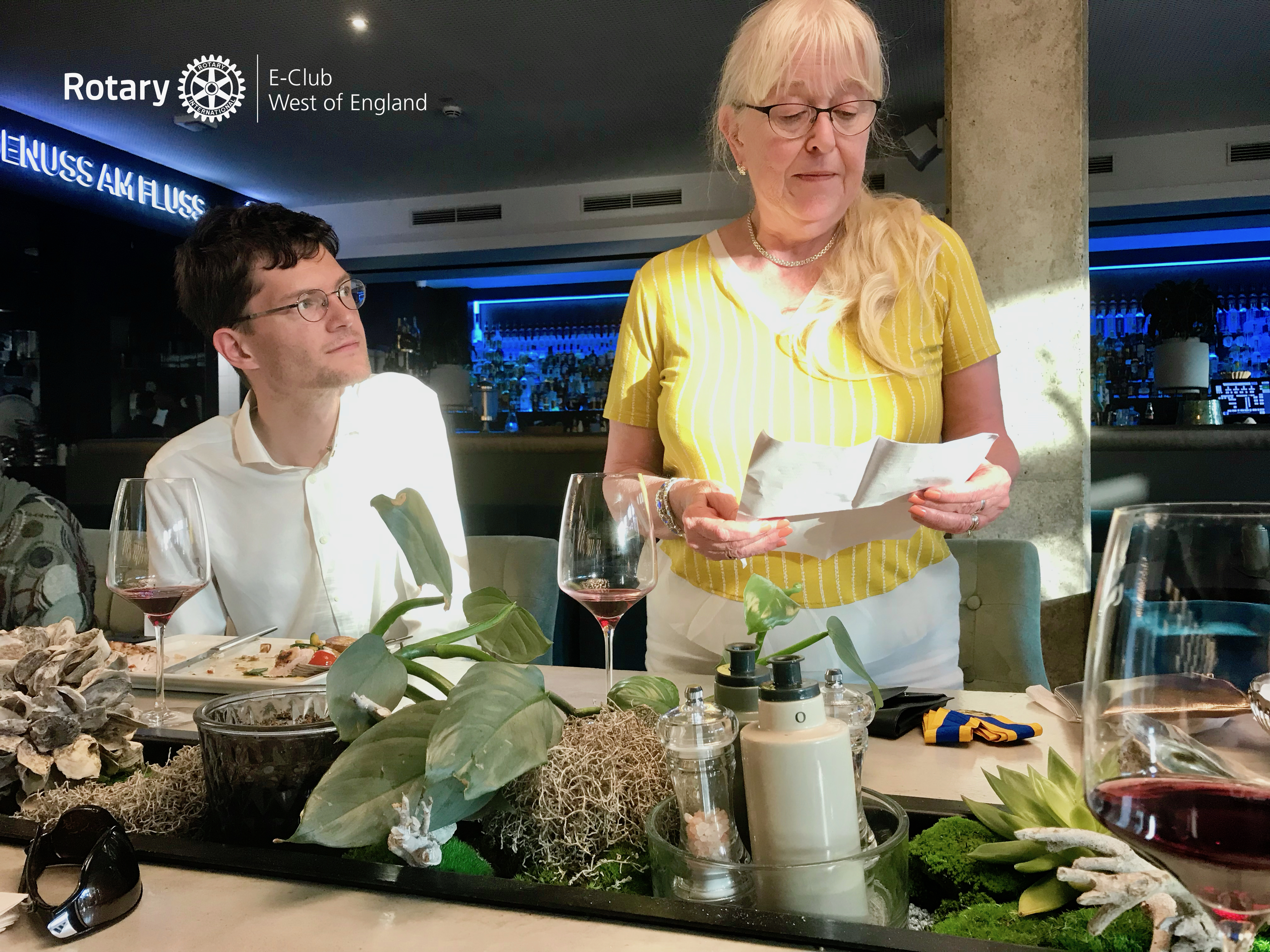 One starts a Presidential Year full of hope of what they would like to achieve.

I know that I wanted to build up membership in District 1100. So I took every opportunity, be it a social event, out shopping, or sending emails, to anyone who have expressed an interest in Rotary. For Example, Shirley joined us as a Honorary Member earlier this year.

Although you are yet to meet her, she is continuing working hard to promote Rotary, and I look forward to the day her busy schedule enables her to join a meeting so that you may appreciate what we know, and see of her.

I also planned to raise the profile and awareness of the Rotary E-Club West of England and I am happy to say that this has been achieved. I have attended 3 Area meetings and updated them on what our Club has been up to, and with Jasper’s input I will continue to do so.

As a Club, we worked together to organise a virtual Balloon Race with donations both from Europe and from Rotary Conferences. Amongst others, it was done by organising a stall in the Hall of Friendship at the Rotary Convention in Hamburg, Germany, this spring. This also helped to raise awareness of the E-Club and how we operate. We have had good feedback, and our initiative has generated interest from other Clubs. Moreover, current and past District Governors are promoting us as a viable option to join Rotary, truly achieving my goal. 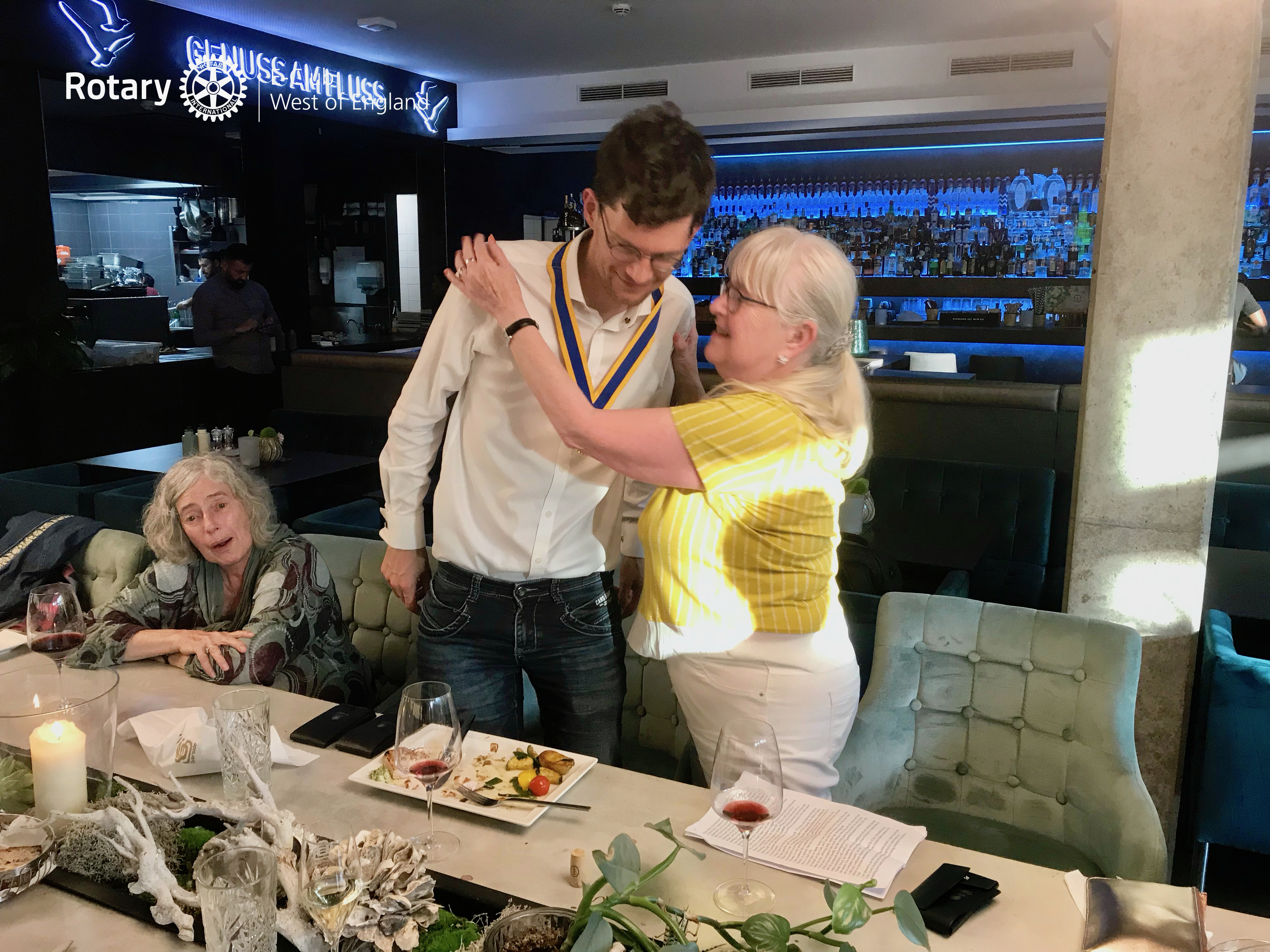 I would like to thank all of you as well, for the hard work that has been done to raise the profile and recognition of the E-Club in Europe and the world. I would like to mention the efforts of Jasper, Esther and Yvan in particular. I certainly noticed the difference in attending the Convention in Hamburg, where we were eagerly welcomed and recognised. Last year, during the Rotary Convention in Toronto, Canada, I encountered more questions like ‘who are you?’, and ‘what are you?’. This is the past from now on.

I also wanted the continuity of raising money for the ‘Roll out of the Barrel’ initiative, which is a charity that has a long association with this E-Club, and in my mind still plays a vital role.

I would like to thank Jacqui, Tony and Michael for their input and efforts done on behalf of the Club, and I am sure they will continue to do so. They have been there for me, offering help, support and encouragement to make it a great success.

I must also recognise the work Mary has been doing during my year as President, not only in her work in the field of mental health, but the recent contact she has made with Alan Hudson and the proposed encouragement of supporting Rotaract, which are future Rotarians, in our District 1100. We have come a long way, it is going in the right direction, but since Rome is not built in one day,  I hope something will come of it in the near future. 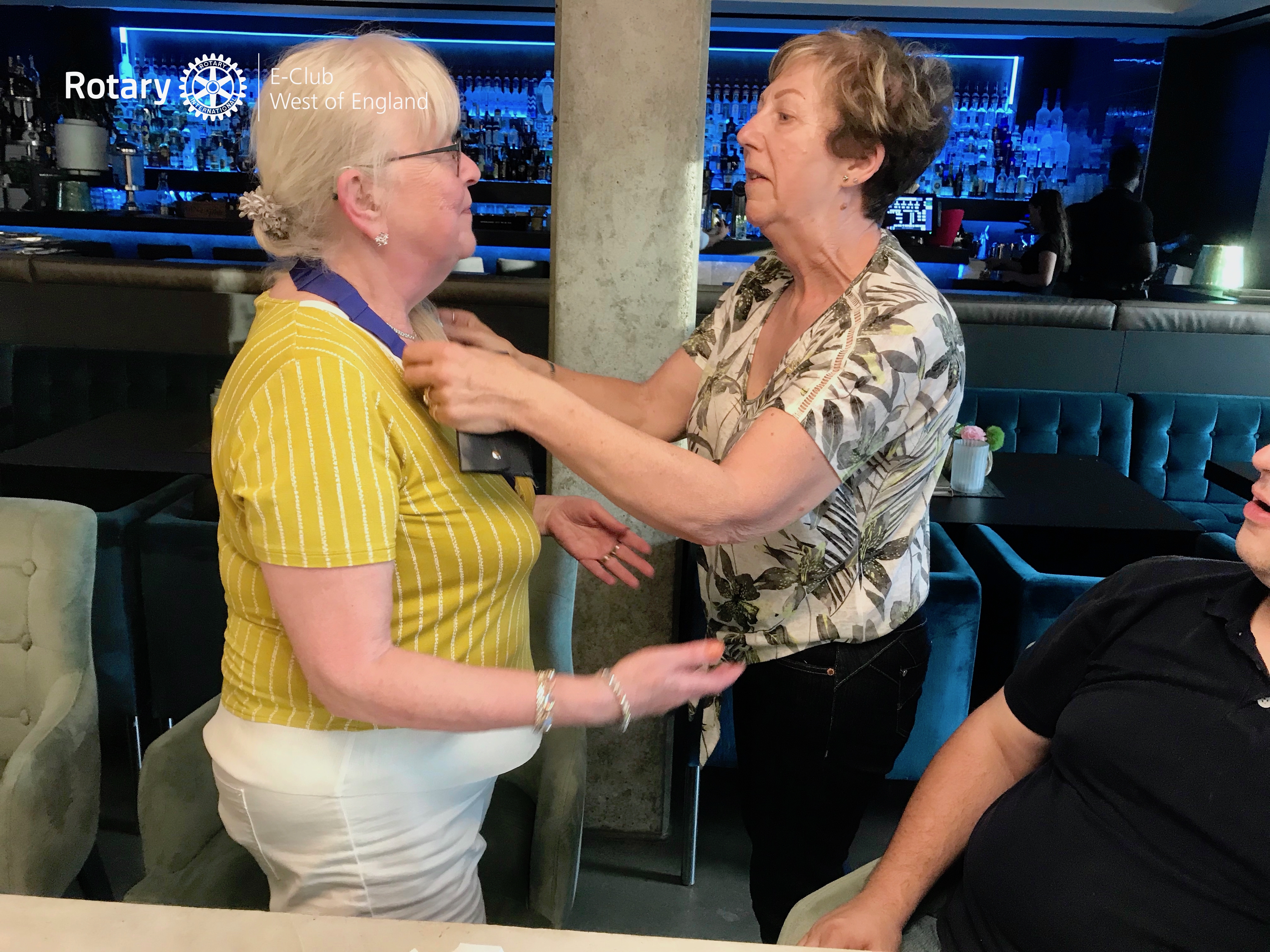 I thank David, for bearing with me and helping me with any technical issue that has arisen. You mention being a member of an E-Club and it is expected that you are a computer wizard, I am not yet, and while other members of the club take their time to explain everything in normal language, I am surprised that I am catching up fast.

I offer my continued support to our new President Jasper and the E-Club. I will continue in my efforts to increase membership and to build an even better awareness of the Club. 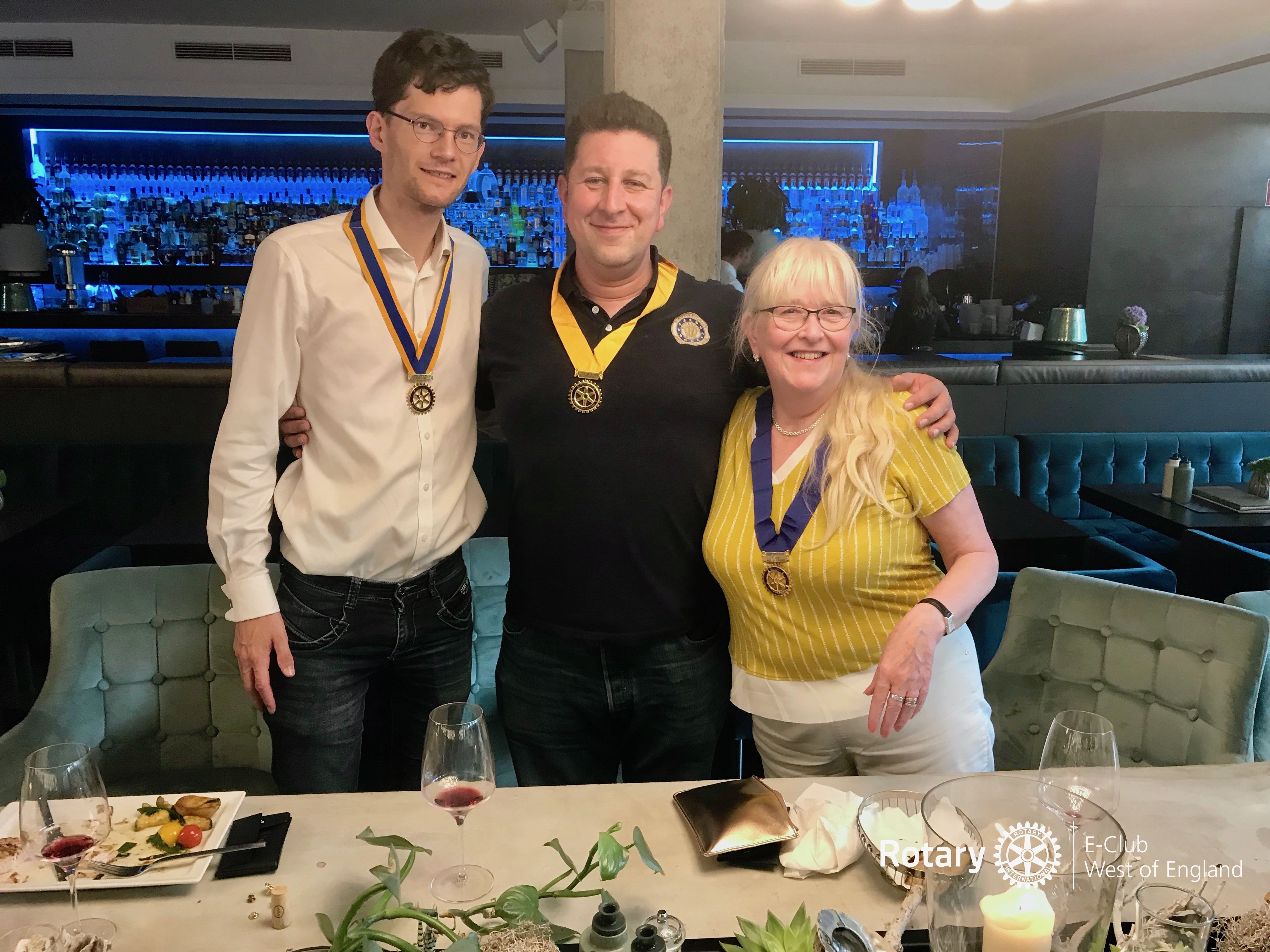 I am pleased to say that I am now getting more people to  agree to speak to the Club. Zoom meetings are now being recognised as a good resource for promoting good causes, best practice, and raising awareness. Even the District is becoming aware of the advantages of Zoom.

To finish, I would like to make special mention to Esther, and thank her for the work she has done as Treasurer. It has befallen me to take on this work, I hope temporarily. I hope not to let her down.

Lastly I would like to  recognise of the work Ludwig has done with Facebook, social media, our website and more. To this end I would like to present these Achievement awards to Esther and Ludwig with grateful thanks. Well Done.